Food and Drink Industry in Ireland

Data on wage adjusted labour productivity for the Irish food sector as a whole is complicated by a small number of manufacturers in the ‘other food manufacturing’ sector. However, it is possible to look at productivity in Ireland’s meat and dairy industries separately. The chart below shows the level of value-added (a measure of output less intermediate inputs). Looking at the ratio of value added to personnel costs it has grown by around 17% since the pre-crisis period with companies investing deeply in plant upgrades, capital deepening, lean, and improved productivity. This pace of growth has been almost twice as fast amongst MNEs as Irish-owned firms. 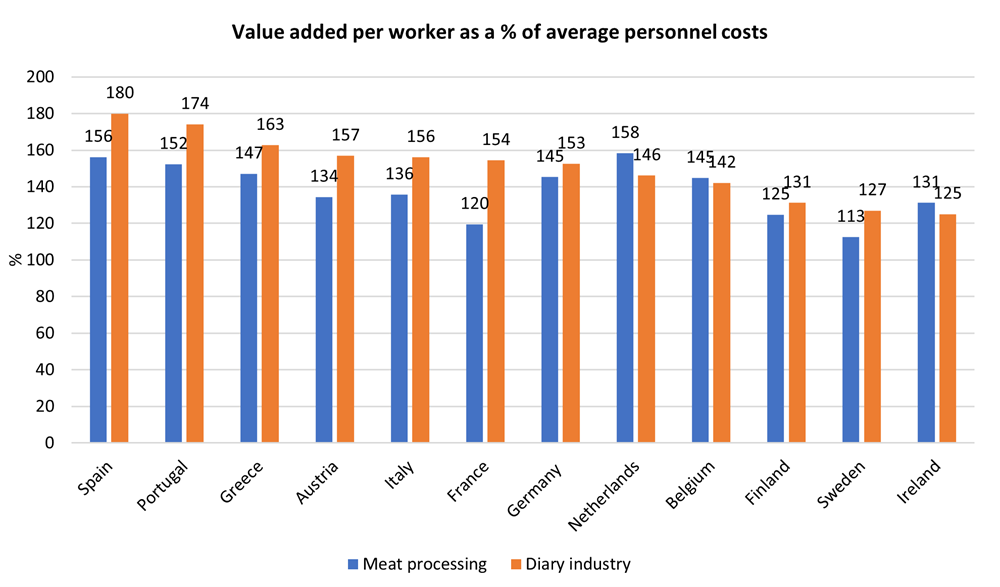 Finally, when we look at cost competitiveness the chart below shows an indexof the overall cost conditions facing food business since 2008. This is shown both selling into the Irish market (blue) and adjusted for changes in sterling for selling the UK market (orange). The focus of the index is on location sensitive costs (wages, transport, storage, energy) only, it excludes the cost of input commodities for example. It also excludes tax and regulation which are difficult to compare in full for a generic firm. 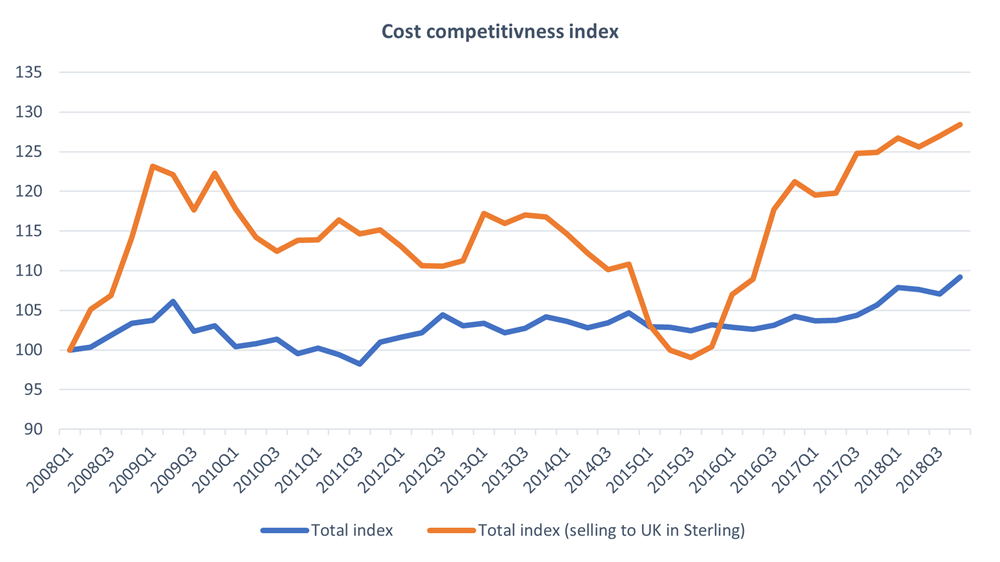 What the index shows is that costs in general facing the sector in Ireland have increased by 11% from their trough in 2011. It also shows that about half of those cost increases have come in the past two years. This has been a story of falling global energy prices being offset by rising wages and rising inputs in areas like insurance and warehousing. The line in orange is the same index, adjusted to include the impact of sterling changes. It can be read as a cost of an Irish food and drink producer serving the UK market. Since the middle of 2015, this has increased by around 30% due to the sharp depreciation in sterling and the rising domestic costs in Ireland.

Employer liability insurance costs are adding an unnecessary burden and limiting the sector’s ability to grow and create jobs. Rising insurance premiums and high levels of claims have become a major competitiveness issue in recent years. Awards for soft tissue injuries in Ireland are over 4 times those of the nearest comparable market, the UK, and are simply unsustainable at current levels. Tackling our inflated personal injury awards and bringing our level of awards into line with other comparable EU countries is key to reducing premiums.