The past decade has seen a major shift in how business interacts with the environment. The Irish whiskey industry has embraced sustainability as a key business imperative and this is exemplified by a range of initiatives and developments across the industry over recent years.

Irish whiskey distilleries have become leaders in sustainability, with many new distilleries featuring state-of-the-art and innovative developments from use of river and rain water, integrated constructed wetlands to aid water conservation, reduction or re-use of CO2 from fermentation, zero waste landfill by implementing segregation and recycling initiatives. 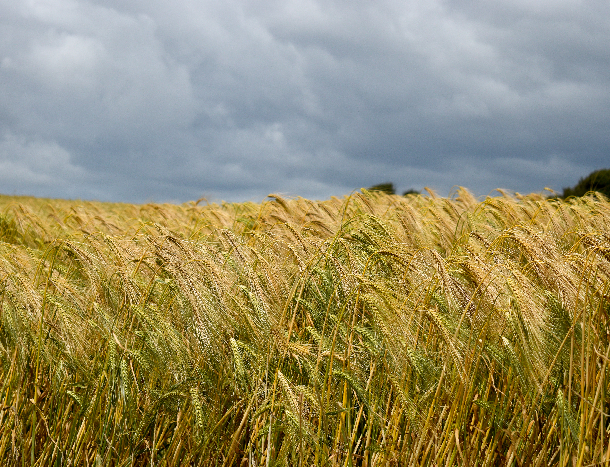 The Irish whiskey industry are proud buyers of Irish barley and are committed to seeking a reversal in the loss of area planted under Irish spring barley and under tillage generally. This isn’t just about securing future supply, it’s also about climate action. According to the Teagasc National Farm Survey 2017 Sustainability Report, in 2015-2017, greenhouse gas emissions per hectare from tillage farming (2.0 tonnes CO2 eqv/ha) were approximately a quarter of the emissions from dairy farming (8.5 tonnes) and half of the emissions from cattle farming (4.2 tonnes). Reversing the loss in area planted under barley will help cut Ireland's agricultural CO2 emissions.

In March 2020, Irish Distillers launched a tailored sustainability programme for their spring barley growers with the support of the Irish Farmers Association (IFA). The Sustainable Green Spring Barley Scheme is designed to support the long-term viability of the spring barley sector in Ireland and reward farmers for delivering further environmental benefits on their farms. The programme aims to deepen partnerships with growers and specifies quality, safety and sustainability requirements for spring barley. Two key objectives of the scheme are to facilitate on-farm biodiversity initiatives and assist farmers in mapping out and ultimately reducing their carbon footprint. Ireland’s tillage sector is well placed to deliver on both of these areas and make a positive impact.

Contributing to the economic and social sustainability of rural communities

Over the course of the past decade, the number of operational Irish whiskey distilleries has increased from four to 38 across the island. Many more are planned. These new distilleries are making a tangible and substantial contribution to the economic and social sustainability of communities throughout the state. A number of new distilleries in provincial towns have moved into vacant industrial premises replacing the enterprises which had previously operated there, replacing lost jobs in the town, supporting the local economy and contributing greatly to the vibrancy and vitality of these towns. Examples include:

Similarly, in a less rural setting, the development of Teelings and Dublin Liberties distilleries in Dublin has played a pivotal role in kick-starting the phenomenal urban regeneration of the Newmarket/Mill Street area.

A range of further distillery developments are planned which will greatly aid the social sustainability of rural communities. Examples include

Overall visitor numbers to Irish whiskey distilleries grew by 54%, from 653,000 in 2015 to just over one million in 2019. In 2019, there were 293,000 visitors to Irish whiskey distilleries in rural areas of this state (i.e. not including Dublin and Northern Ireland). Fáilte Ireland’s ‘Key Tourism Facts” published in September 2019 found that overseas holidaymakers spent €94 per day while domestic overnighters spend €71 per day. It is estimated that visitors to distilleries and brand homes in rural areas of this state in 2019 contributed total spending of €27 million to the local rural economy, particularly in the local hospitality sector.

Many distilleries have partnered with other local and drinks producers to:

The Irish whiskey industry uses hundreds of thousands of barrels every year, including 270,000 imported from the United States. Under US law, bourbon can only be matured in virgin oak casks that were not previously used for maturation and cannot be used again in bourbon maturation. By taking them and re-using them, sometimes up to three times, the Irish whiskey industry is ensuring a sustainable usage of these wooden casks.

The past decade has seen a revival in interest in use of Irish timber for whiskey casks. Glendalough Irish Whiskey have introduced the use of casks made of Wicklow Mountain Oak. To nurture the health of Wicklow’s native oak forests and ensure their future, the trees are felled under a ‘Continuous Cover Forest Management System'. This creates pockets of clearings for planting and nurturing the next generation of oak. The company plant seven oak saplings for every tree felled. To honour the 130-year-old trees, the company have numbered each bottle back to the batch, the cask, and right back to the tree it came from. A neck tag on each bottle directs the consumer to the company website where, upon inputting the number from a bottle, the consumer will see a short, personalized film of the specific tree being felled and the actual cask being coopered. The Midleton Very Rare Dair Ghaelach expressions offer another example of commitment to traceability and the sustainability of Irish oak. Irish Distillers work with individual forest owners who pride themselves on protecting Irish forests for future generations and each bottle of whiskey in the Dair Ghaelach series can be traced back to the specific tree from which the oak cask was made, reinforcing its provenance and standing as a true taste of Ireland.