Ireland is the home of whiskey and, because of this, Irish whiskey has a depth and diversity to it which sets it apart from other international whiskey categories.

Diversity is not just about different brands. It’s at the very heart of how Irish whiskey is made.

We’re proud to use large volumes of Irish malt and unmalted barley as well as other grains such as wheat, oats and rye. We use more different mashes of malt and grain than other whiskeys do, creating more types of distillate and sub-categories than in any other whiskey culture. We make all sorts of whiskey from Grain whiskeys made in column stills through to Single Malts, made from 100% malted barley, in some instances peated. In Ireland we also uniquely use mashes combining both malted and unmalted barley, sometimes with other grains such as oats or rye. This produces what the Irish call Pot Still whiskey, or Single Pot Still if it comes from a single distillery.

In Ireland many distilleries triple distil, some distil twice but always more than once. This tradition of multiple distillation is central to our craft. Irish whiskey stills vary from distillery to distillery, marrying the traditional, the practical and the elegant - from copper pot stills, historic and new; to columns stills, from the tall to the taller. The use of these stills and the craft of multiple distillation is guided by the mastery of our distillers. In selecting what to distil, choosing how to run the stills and judging what type of barrels to use, our distillers craft Irish whiskeys of the highest quality and character.

The choice of barrel massively influences the final flavour profile of the whiskey. Unlike bourbon producers who can only use virgin oak barrels, or Scotch producers who can only use oak barrels previously filled with a limited number of liquids, Irish whiskey producers, while respecting tradition, can use all sorts of wooden barrels to mature and finish our whiskey. Barrels made from American or European Oak dominate in Ireland, but barrels made from chestnut, cherry, acacia and native Irish Oak also feature. Barrels previously used for American whiskeys are most common, but barrels once used for sherry, port, other wines or fortified wines, rum, beer and cider are also used to mature Irish whiskey in order to give it that extra finish before bottling. The scope available to Irish whiskey producers means Irish whiskey has become a world-leader in the art of cask-finishing, adding to the depth and diversity of products on the markets, all with unique and complex taste profiles based on the barrels used.

Irish whiskey’s sub-categories of Pot Still, Malt and Grain each stand on their own as unique and fantastic whiskeys. But together, these individual star soloists combine to form equally unique and fantastic ensembles. The art of the blender is to marry the various types of Irish whiskey to produce some of the world’s most sophisticated and complex blended whiskeys. Because we distil more types of different whiskeys, matured in more types of barrels; the permutations of the types of blends we can produce is endless. Added to this, the inclusion of older, aged whiskeys and the use of further maturation to give blends that extra special finish means Irish whiskey can offer unique premium blends. 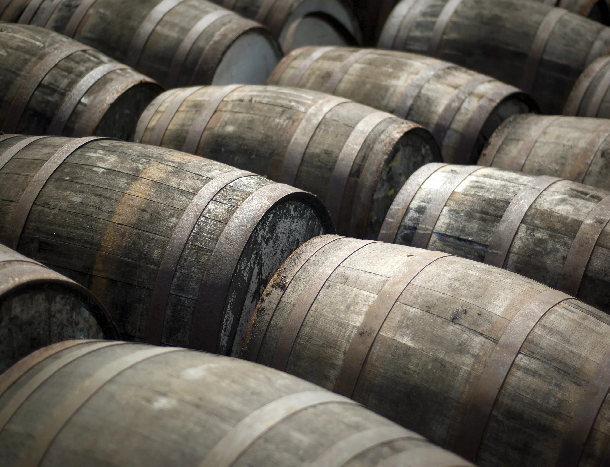