Irish whiskey was one of the earliest distilled drinks in Europe, arising around the 12th century. It is believed that Irish monks brought the technique of distilling perfumes back to Ireland from their travels to southern Europe around 1000 AD.

In Ireland, we then modified this technique to obtain a drinkable spirit. Although termed "whiskey", the spirit produced during this period would have differed from what is currently recognised as whiskey, as it would not have been aged, and was often flavoured with aromatic herbs such as mint, thyme, or anise.

With such a rich tradition of distillation we are now seeing a new generation of distillers creating innovative products responding to consumer demand.

Centuries later distilling is an important element of the heritage of drinks manufacture in Ireland. 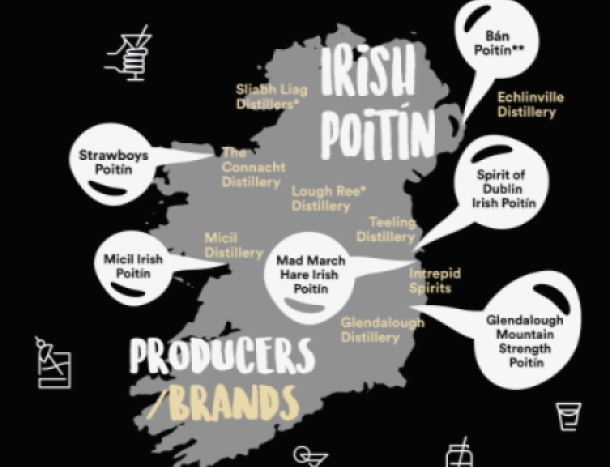