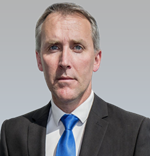 Ciaran founded the UK’s world leading National Cyber Security Centre – widely regarded as one of the foremost agencies of its type in the world - and headed it for the first four years of its existence. After stepping down from his role with the NCSC late 2020, Ciaran became Professor of Practice in the Management of Public Organisations at Oxford University’s Blavatnik School of Government. He advises NATO and a number of private sector organisations on Cybersecurity strategies.

Billy Kelleher is an Irish Member of the European Parliament, having been elected in May 2019. He is a member of the Renew Europe group, Head of the Fianna Fáil delegation, and sits on the Economic and Monetary Affairs (ECON) Committee.
Billy is also a member of the newly constituted Subcommittee on Taxation Matters (FISC), and the Committee of Inquiry on the Protection of Animals during Transport (ANIT), as well as a substitute member of the Committee on the Environment, Public Health and Food Safety (ENVI)

Prior to his election to the European Parliament, Billy served as a member of the Irish Parliament (Dáil Éireann and Seanad Éireann) from 1993 and therefore brings a wealth of political and legislative experience to the European Parliament. Throughout his time in the national parliament he held a number of roles including the Minister of State for Labour Affairs and Trade and Commerce, as well as the Fianna Fáil party spokesperson on health and on business, enterprise and innovation. 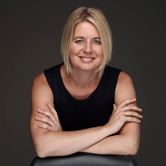 Rois is a doctor of law and subject matter expert in cyber governance and risk mitigation and Head of Cyber governance for Red Sift; one of Europe’s fastest-growing cybersecurity companies. Working with key clients across a wide market spectrum including legal, finance, banking, and oil & gas and writes and presents on significant cyber threats, trends, and risk treatments.